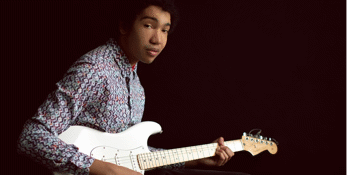 Dan Howls Duo, Ezra Tide
Indian Ocean Hotel (Scarborough, WA)
Wednesday, 4 March 2020 7:00 PM
7 days away
18 Plus
Blues
Send this event to
Michael Damani is a 25 year old Chicago-based singer/songwriter and multi-instrumentalist. He started playing guitar at the age of 15 and quickly grew to love the instrument as an outlet to channel his creative drive.

A deep love for the blues combined with a curiosity for the sounds of jazz and R&B is what forms Damani's creative essence. He has the attitude of a young prodigy determined to become a true master. Damani loves Hendrix, Miles Davis, and Bob Dylan but has a sense for the crucial factor that ties these music giants together - The Blues.

The truth of the blues is his calling and he answers time and time again with unflinching determination. Some of Damani’s notable blues influences include modern artists such as John Mayer and Gary Clark Jr, as well as legends Muddy Waters, Willie Dixon and Buddy Guy.

After joining the Chicago Blues All-Stars at just 22, Damani's reputation in Chicago has been steadily growing, seeing him tour France, Canada, Brazil and Australia with the band. The experience he gained with these seasoned blues masters has been the perfect catalyst for his own endeavours and his forthcoming solo album, Mighty Oak (to be released in 2020) tells the story of his life through striking lyricism, full-rounded melodies and blues guitar solos.

International acclaim has followed Damani and the embrace of the Australian music community has been nothing short of a blessing for him. A bandleader in his own right and an old soul with youthful drive and passion, his experience traveling through WA in November 2019 left him with an eagerness to return as soon as
possible.