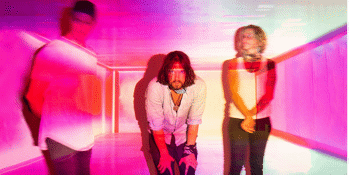 Indian Ocean Hotel (Scarborough, WA)
Sunday, 19 September 2021 8:00 pm
51 days away
18 Plus
Music
Music
Send this event to
Tijuana Cartel’s new release, ACID PONY, could be the soundtrack for the new age that is emerging from the dust of 2020. It’s got the driving guitar, euphoria, fat beats and heavy, bass-fuelled electronica you expect from Tijuana Cartel’s duo of writers, Paul George and Carey O’Sullivan. There is still a deep current of musicianship and trippy interludes that take listeners into other-worldly realms and there’s something else, something new. A new level of beauty, or joy, that holds you in its arms even while you fly.

O’Sullivan says, ‘I think we are coming into this century’s version of the roaring 20’s. When restrictions lifted, people were as keen as a technicoloured acid pony to party. Fashion and music are going to reflect the feeling of newfound freedom.’

Tijuana Cartel honed their live set at venues across Australia and on the international festival circuit, playing stages across Europe and the USA as well as Australia's most loved events including Peats Ridge, Rainbow Serpent, Wave Rock, Splendour in the Grass, Bluesfest, Woodford, Falls Festival and many more.

The band managed to slip into WA in between border closings earlier this year and sold out every show so don’t wait to get your tickets!